When is it time to let an opportunity die?

This is a guest post by a Michael Douglas who helps enterprises reduce their environmental risks and bottom line costs by simplifying and streamlining the transactions and business processes into one platform. 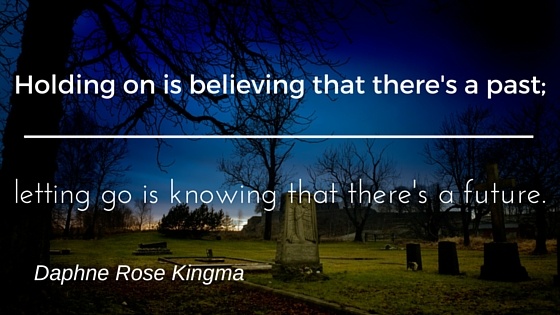 Yesterday, I received an email from a prospect, let’s call him Jon, after following up.  At the risk of boring you with the back story, let’s just say I inherited this from a previous sales rep.

Here is some of our exchange:

I am getting there.   After I received your message, I requested an update on the status, but I have not received a response yet.

Jon, have you dug out from under your holiday inbox yet?

Jon to Me (Before Christmas) :

I do not have any new information, and with the holidays, I will not be able to get any.  We can connect in the new year.

When he says, “I am getting there” he means catching up on email, not getting this deal done.

I have gone back through the history of our interaction in Salesforce and I cannot find a single documented instance where Jon returned a phone call.  I have been pushing and pushing and pushing with minimal engagement from him.  I have my doubts that this will ever get done if we leave it to him.

So here is what I am proposing:

1) I stop responding to Jon.  Let him come to us when/if he is ever ready.  This will take a lot of self control, but he relies too much on my emails and prompts.  He needs to be in the driver seat if this will ever happen.

2) I call Steve (the VP) with a message like this:

“Steve, I am about to call Jon and retract our offer to working with your company.  But before I do, I remembered that he told me that you were making this a high priority project and I wanted to give you the chance to intervene.”

IF I DON”T GET STEVE

“Jon, I apologize.  I know you really want to this to happen, but I have handled this wrong since your group was reassigned under Steve.  I should have been more persistent to meet with Steve to understand if he wants this to happen as much as you do.  If he does, then he would need to step in now to get this done.  If it’s not as important to him as it is to you, then we need to both agree this will never happen.  I am tired of my boss always asking me when is Jon going to make a decision, so I think the best thing to do is you tell me, “Michael, this will never happen; and I can stop bugging you.”

You might be thinking I am nuts.  This will end badly.

If Steve or Jon REALLY want this to happen then neither of them would let us let the opportunity die.  And if they do, well, then we know that we would have gotten a “NO” eventually.  It’s just a matter of how much more time and money will we spend to get there.

Now, the fact of the matter is, I shouldn’t even be in this position right now.  This is a result of poor qualification and hitting the gas through yellow lights when I should have either slowed down or stopped.  The best way to handle this issue is to not let it become an issue in the first place.

The best way to be comfortable about letting the opportunity go it is to have a strong enough pipeline so that it doesn’t matter.  Having the ability to focus on the winners and cut bait with the losers will only help, not hurt.

So what would you do if you were me?