Startup Sales - An Interview with Mark Roberge of Hubspot

At a Hubspot focus group, I was asked what my single most favorite thing about Hubspot was. My answer was very simply, "The people." I said this because I believe the success of any business is completely dependent on the people in it. People buy from people, not companies.

Mark Roberge is one of those people I was fortunate to meet early on.

So as I was thinking of who the best people I knew to talk to about startup sales with, I asked and Mark graciously accepted.

As HubSpot has become famous for going from startup to IPO and synonymous with the word "inbound," I was lucky enough to be one of the early ones that has been along for the ride. Most of the companies I have worked with or along side of eventually get acquired or merged as their exit strategy. So it has been especially interesting to me to see how the journey that a company like Hubspot began, and what the outcome has been.

Mark made the first 1,000 sales calls at HubSpot and is infamous for helping the startup increase revenue by 6000%. He published his first book on scaling sales and it was titled The Sales Acceleration Formula: Using Data, Technology, and Inbound Selling to go from $0 to $100 Million.

Mark's focus is what he calls "the sales acceleration formula." How to go from $0-$100 million. An engineer by training, he is uniquely qualified to write about how to use data and technology for inbound selling from hiring, training, managing, and demand generation.

But as Mark said during our conversation, you can't scale a team until you know you have a scalable funnel (or model). How many calls, emails, and demos are needed to make a sale? Can you keep a sales person busy?

Let's dive into the interview!

What advice do you have for a startup entrepreneur looking for sales growth? 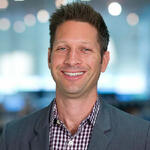 "In the early days, the product will not be where you want it to be. It's more about understanding the customer's context and selling the vision on how you can help as opposed to showing a slick demo."

How did you sell a vision for Hubspot?

"I built a personal brand as an early expert. (Mark had been running his own startup prior to Hubspot). I had people already reaching out to me, so I leveraged those inbound referrals. People asked me for favors to advise them on their strategy, and at the end they became Hubspot customers.

Not because I tried to sell them, but I learned about their business and coached them on it. The Hubspot mission and software was just the right answer for them after that."

Looking back, what advice would you give a startup entrepreneur today?

"Focus. It will feel like there are 20 emergency fires all the time and it’s easy to get overwhelmed. Appreciate the fact that’s normal. Imagine that you only have enough water to put out 3 of those fires well, so focus your time and energy. People who are great have an amazing vision, and they are perfectionists. It feels like everything is broken, so ask yourself, if this keeps burning for 6 months, will the world fall apart?

Relax and focus on the critical things like: hiring, training, management, and getting leads. Most will prioritize the funnel, the last place they focus is the hiring. Don’t cut corners on hiring, don't settle for less than an amazing team."

How should a startup make their first hires?

"Start with coaches and consultants. Before it was even a company, I worked with Brian and Dharmesh as a consultant part time while I ran my own startup. I talked about strategy with Dharmesh and then Brian came on and we focused on sales. 'I want you to just sell' he said, so we did that for 10 months. It's like dating before you get married. As a consultant, it was easier to terminate. It helped us all to be real and honest with each other. Everyone knew what they were getting into."

I asked Mark a lot of questions, and still have more. Do you? Comment with your question! Mark also teaches a free sales training course from HubSpot Academy that's been taken by over 15,000 people.