What Sales Can Learn From Cobra Kai 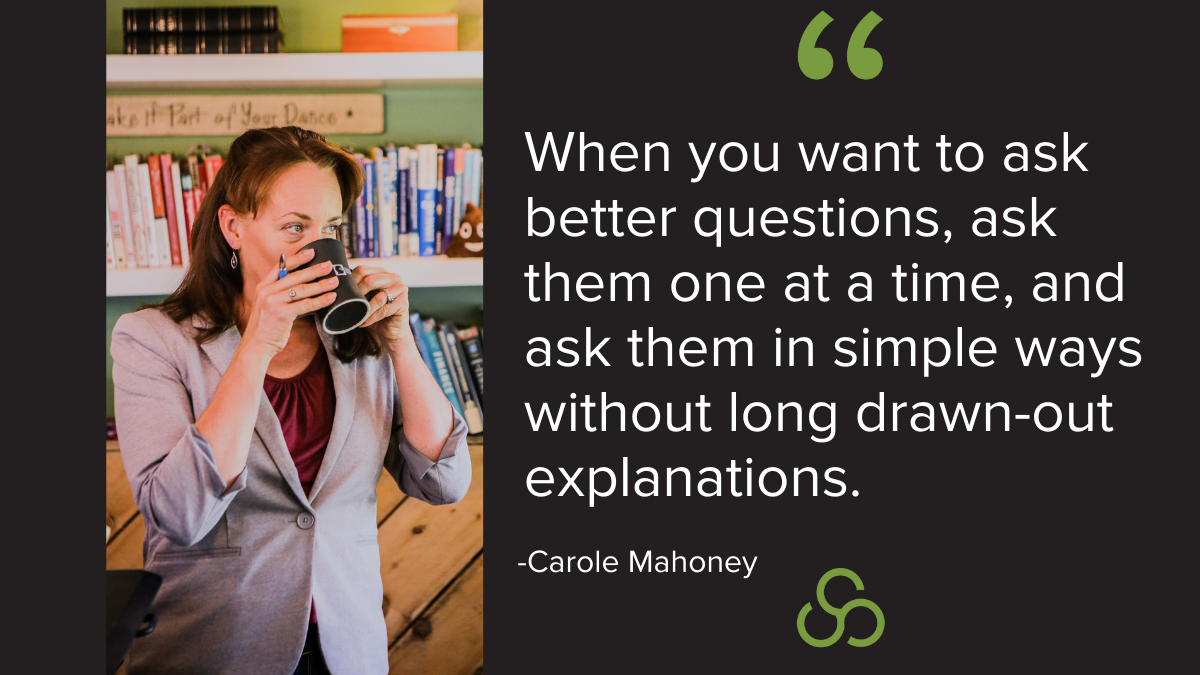 I have spent the first week of this year coaching a lot of sellers and a lot of managers. And I have seen to notice this theme that's been coming out this week.

Now. I don't know if it's because we're in the new year or not, but the theme occurred to me after I've started watching a new TV series. Now one of the things you might not know about me as an 80s kid, that one of my favorite movies growing up was the Karate Kid. So when Netflix came up with the series for Cobra Kai, the sequel series, of course, I had to watch it.

They released season 4 this week. And in season 4, long story short, Daniel has a new group of karate students that he's teaching. And in one of the scenes, as he's trying to teach the students, he has them practice over and over again, and he says to them, “Those who master the fundamentals and keep coming back to them are the ones who master their craft”.

And is that ever true in sales?

So this week's coaching tip —out of the closet with Carol is all about, getting back to the fundamentals.

And in this case, the fundamentals of selling is all about asking better questions. But here's the thing: When I'm hearing my sellers, and managers talk about asking questions it’s about, how many questions can we cram into one certain period of time?

But what's happening is their buyers are getting overwhelmed and confused and not answering any of their questions very well. So let's talk about what asking good questions really looks like and sounds like and why is it so difficult for us to do?

First, let's start with “what is a good question?”.

A good question, when you're first starting out in a conversation is open-ended and simple. Because you're trying to uncover some things to dig into.

Now, the problem that I see with most sellers and managers like I said, is they try to cram a lot of questions into a short period of time.

That happens because they get excited. They have someone on the phone who’s interested in hearing about whatever it is that they have to offer. And so when they start getting them into the questioning mode, it starts to come out like an interrogation. So what are your goals? What happens if you do reach your goals? What would happen? What are your plans to get there? And the buyers are looking at them like, I don't remember what he said in the first question. So they start talking about something else.

So tip number one when you want to ask better questions, ask them one at a time, and ask them in simple ways without long drawn-out explanations.

Ask questions that are relevant to what they're giving you answers on. I call this the “listen and ask technique”. So if you ask someone a question and they give you an answer, then the next thing to do is to summarize what you've heard simply and ask a question that relates to what you just heard.

Small simple, open-ended questions that drill down into something. That's what an open-ended sequential questioning technique sounds and looks like.

So why is this so hard?

Why do we get so emotionally involved when we get someone on the phone? Well, that's tip number three.

We get excited into our heads and we're thinking about the next question to ask him. Because we're thinking of so many questions to ask, we just start, spilling them out of our mouths because what if we forget them? We’re going to forget them anyway.

So the best thing to do is to slow your thinking down and be more present in the moment. To do that, it's going to take practice a lot of practice. Which is why it's great that you can practice on pretty much anybody around you! You can practice with your neighbors, the grocery store clerk, The Uber driver, people that walk down the street. You can ask anyone simple, open-ended questions and ask and then listen and ask as to what their answers are and ask follow-up questions.

There's a link on my blog. If you go there and search for this “Questions and Periods” game, that's another way that you can make it fun for your team. To just get in the habit of asking questions.

So sales fundamentals 101 for this year, according to Daniel San, “Practice the fundamentals.”
All right, until next time have fun out there and stay warm.

💬"...written with bravery about topics that need to be discussed more often."
💬"...love this honest post - I have shared it with my whole team."
💬"...this is spot on and much needed!"