Why do salespeople fail?

This was one of the latest questions asked in a sales forum that generated over 40 comments. The poster asked, “ Great companies struggle everyday. They have talented sales people, but they consistently battle sales roadblocks. What are the most common roadblocks? The most challenging?”

I recently had to change all of my doctors. My previous ones had either retired or moved, which meant that I needed to spend a lot of time finding the new doctors, going to appointments, answering a lot of (the same) questions, and getting blood drawn so that they could run tests on everything from my thyroid function, to testing for diabetes, to the level of good and bad cholesterol.

I could find better things to do with my time. But I want to be active and be around for grand kids some day, and so I go.

And like the poster’s question that I hear a lot, at the doctor’s I get asked how I am managing my weight. Thyroid cancer several years ago threw my metabolism in the toilet, and as a result weight became an issue. But I was determined to not let that be my excuse.

But despite having some success in getting the weight off, I still have more to lose. Then I turned 41 and it was like someone added some bricks to my scale. Suddenly the things that worked before didn’t work as well anymore. 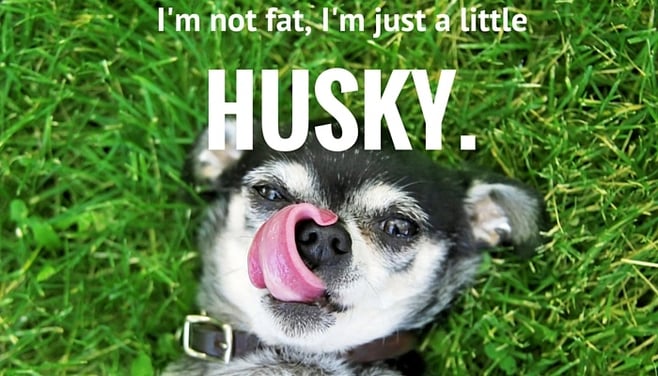 It’s a lot like what salespeople are facing today, what worked before isn’t working as well now. For the salesperson who is failing, it is like being asked- why aren’t you talking less and actively listening more? Asking tougher questions? Qualifying better? Focusing on business impact rather than what your product does?

And it isn’t just that they are still failing, they are getting worse. The Objective Management Group has evaluated over a million salespeople, in all industries across the globe. It used to be that 6% of salespeople were elite- they have the mindset that allow them to develop any skill and competency. The research today is now 7% of salespeople are elite. But that is the only good news.

And companies still wonder why their sales cycles are longer, their deals smaller, and their revenue is flat?

Why is that? Why are 45.4% of salespeople not meeting quota? Despite all the new tools like CRMs and social selling, or trendy processes like sales enablement and a plethora of sales training programs that salespeople are still failing in the age of the buyer? As Jill Rowley has said: “A fool with a tool is still a fool.” Tools are enabling crappy sales to scale.

So why is it happening and what can be done about it?

It might even mean taking an uncomfortable look at their leadership and culture and how that impacts their salespeople. It might mean an investment in people first. It’s so much easier to come up with a new process and technology (so that they can scale crap) but hey, if they numbers are big enough, does it really matter?

So what should a salesperson do? If their company isn’t able to give them the coaching they need to master the fundamentals and change the way they think about sales, how they approach people and discover where they can add value- what can they do?

Here was my answer to the poster:

"You could point out lots of symptoms like the lack of active listening and effective questioning, or skills like getting to decision makers, and qualifying. But the cause for these gaps comes from the salesperson's own mindset, like their emotional involvement in the sale, their belief that they don't have the right to call on decision makers, or even their discomfort talking about money. They fail because of their own self talk and psychological management. For those who are motivated to succeed and willing to change, they can change the way they think and learn any skill, technology, methodology, and adapt to any buying process."

Salespeople who want to win, who want to be the ones to create value and insights for their buyers, need to invest in themselves. Does the company benefit? Of course- but who benefits more? Who will take that with them through every aspect of their lives? The company can just go hire another one of the 77%, but where does that leave you- the salesperson?

As one coaching client said recently, “Training for a lifetime.”

Can you improve? Do you need help? How do you know? What other questions should you be asking about yourself, or your team? Start with the eGuide: "Is sales coaching right for you?"