How many emails & phone calls should you be doing in an hour in order to reach your goals? 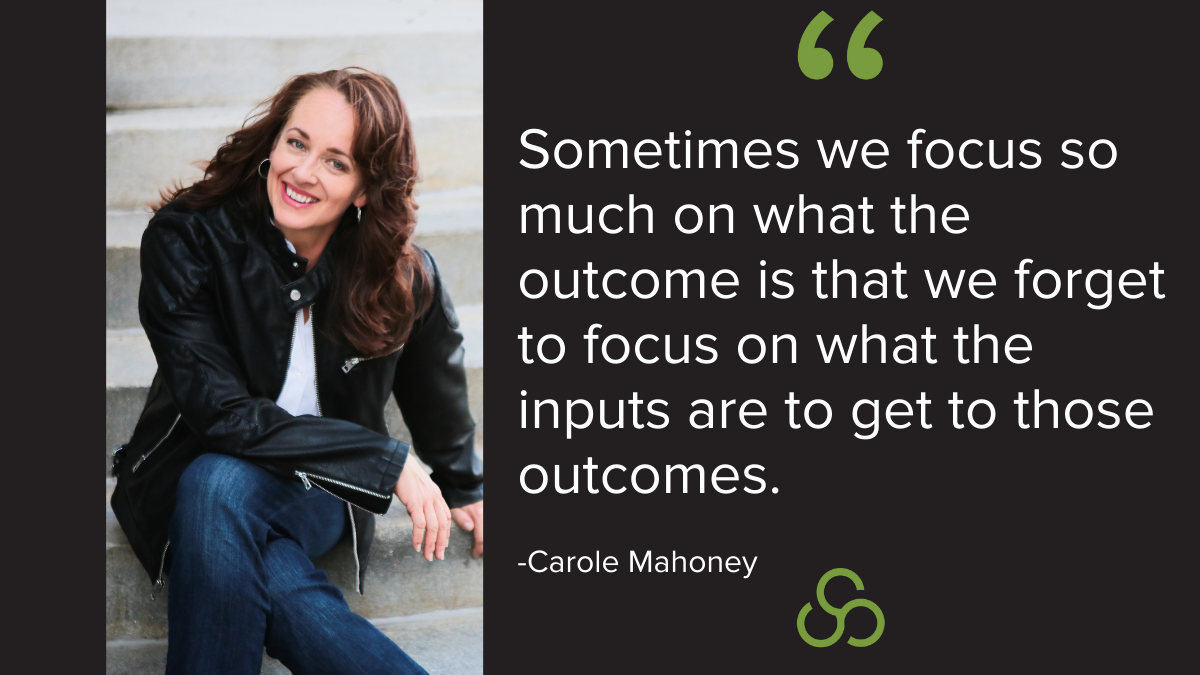 This is a question that I just got asked on a coaching call from a new business development rep, who was way down on their leaderboard and freaking out because there was a huge gap between where they were and where their top performers were.

So here's what I said to them and what I would say to any of you, it doesn't matter.

Doesn't matter how many emails or calls that you do in an hour so long as it's more than you did the hour before, or the day before, or the week before, and that the conversion rate of that is increasingly going up.

Sometimes we focus so much on what the outcome is that we forget to focus on what the inputs are to get to those outcomes.

And we're so concerned with what everybody else is doing that we're distracting ourselves and taking our energy and focus away from what it is that we should be doing.

And not only that, but as Katie Milkman's book, “How to Change”, talks about in her research, she shares that a lot of times, when we start comparing ourselves to others, we start "shoulding" all over ourselves:

It is actually distracting us away from our own changes that we need to make the energy that we're spending looking at those things is actually depressing and inhibiting our ability to execute on our own stuff.

It overwhelms us. And when we get overwhelmed, we just stop.

So if you are looking for, what are my ideal activity metrics need to be...

What you need to do is actually look for yourself and see:

It's not just a matter of spitting out more stuff.

But it's in actuality, a result of scaling what works and being able to identify what's not working, testing it, and trying it again. And keep refining it over and over again.

So if you're sending out ten emails, and ten calls every hour, and you're only getting an X conversion rate, look at how do I make those outreaches even better performing by a better target, better personalization, and also not talking about ourselves.

So those are my three tips for you. If you're inundated with, "How am I going to make this year a banger year?", the thing is, it's not over yet.