3 common self limiting beliefs that cost you sales.

Ever tried to move furniture with someone who assumed you had your end of the couch? Only to find as it tumbled down the stairs that you didn't in fact have it? They believed you did though- so they acted accordingly.

Assumptions are dangerous things. Especially inside the minds of salespeople. 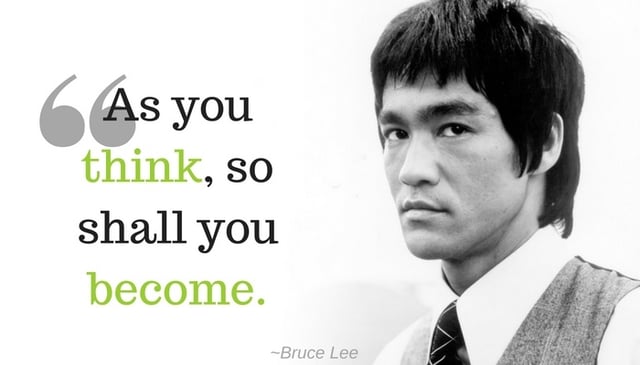 1. "It doesn’t really matter." “Yeah, I know I told that person from the event that I would email them today- but I doubt they are a prospect, or know anyone that is- so why bother? They probably don’t really expect me to do it, people just say that all time. It’s not like it matters that much anyway right?”

If when you say you will do something you really meant if you have time, if there isn’t something better to do- then sure, you might get around to it, it makes you seem untrustworthy and unreliable.  If you don’t believe that doing what you said you would matters in the small things, it’s a slippery slope to slacking off in the big things. Every detail matters and if you don’t keep your word on the ‘unimportant’ details, how can prospects trust you with the important ones? Not only that, you never know who knows who and that is how your reputation is molded.

It could also be that the reason you don’t always do what you said you would is that you have a hard time saying no and therefore don’t have control of your time. Maybe there are so many other things you would rather be doing than what you agreed that you would. Or maybe it’s better to have them like you because you said yes, then have them not like you for saying no. Unfortunately, you are going to be far less liked when you don’t deliver, do so late, or poorly.

2. "My buyer isn’t thinking that, or doing that." “My buyer isn’t using LinkedIn, or Twitter. I doubt they even search Google when they want to find us. They are more likely to answer email… Why should they care why the board or CEO wants this done? They’re just doing what they are told.”

Whether you actually know what your buyer is doing or not doesn’t matter. If you believe they like lots of email, you will send lots of email. If you don’t believe they use LinkedIn, you won’t bother to see if they are or not. Probably because you prefer email and don’t like or understand social media. So if you aren’t using it- it’s pretty simply to conclude they probably aren’t either right?

If you don’t believe prospecting works- you won’t do it. It doesn’t matter what is real, only what you believe is. If you don’t believe that what you think doesn’t matter, you will never seek out new information. You’ve stopped learning, lost your curiosity and before long will find yourself an obsolete order taker in your ever shrinking world (ie: an even more competitive market.) instead of a trusted problem solver who buyers seek out. Why? Because you have stopped adding value at stage of the buyer’s process to learn more about and solve their problem.

3. "I can’t be like that person, I’ll never be that good." “He has a ton of resources. His parents paid for him to go to a good college. She has an outgoing personality and is so pretty- people are drawn to her naturally. I don’t have what s/he has, so I will never be as successful as they are. “

Such utter and complete BS. No- you are not them. And they are not you. (Have you noticed the theme here yet? Be you, not them?) The more you compare yourself to others and judge your value accordingly- the less likely you will ever become self aware enough to start to understand what you do best and where you bring value. You are too busy looking at what everyone else has and does and using that as an excuse of why you aren't successful.

What self limiting beliefs did you once have that you found out were completely false? Share them in the comments below.

Are you tired of the same results? Convinced you could be getting better results? Thinking about getting a coach?