Sales leadership practices that do more harm than good

A sales manager started working with me recently because in his words, “I don’t want my team to become the collateral damage of my shortcomings.”

It’s probably the best way that I have heard someone articulate an other-focused leadership mindset. This leader’s willingness to own their own shortcomings and invest in themselves is already changing the status quo for him and his team (and his company).

I don’t believe this sales manager is an outlier or anomaly. In my observations, interactions and conversations with sales leaders in other types of companies in other parts of the country and world, I hear variations of the same sentiments and others like:

“I want to be a better manager and grow my people, but the more responsibility I take on, the less training, coaching, mentoring and support I seem to get. I just don’t know where to start and what to do next.”

“How do I get my team to think for themselves and stop coming to me for every question that they could answer on their own?”

“How do I help my sales people get out of their own way?”

Which leads me to the question I have been asking myself and others.

Are executive leaders creating their own sales problems? 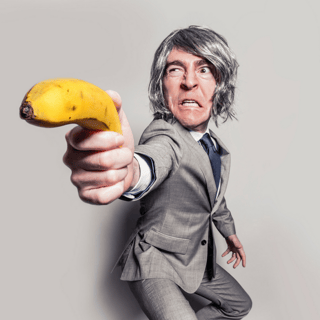 My hypothesis is yes, they do. I understand that this is not going to gain me a lot of fans, but for the sake of your sales teams who can’t say it to you- I will.

I’m not saying that you are creating all of your own problems and that everything is your fault, but if I were about to shoot myself in the foot, I’d appreciate someone giving me the heads up. I also believe that there are more sales leaders out there who are like our client and believe their sales teams deserve better.

So here are a few of the most common problems I have seen.


This is the first because it’s the worst. One client had a 1.8 mil quota which if he met meant a bonus, and if he went over was a much bigger bonus. Just as he was about to hit 2.2 mil and his bigger bonus, his company changed his quota.

The result? He left. The company lost it’s top performer. It wasn’t just the money- it was his trust that was broken. Oh, and that large deal he was on the middle of? Bye-bye… And all his coworkers who watched it happen? They’re now updating their resumes too…

Still wondering why you have a retention problem? This is an extreme example, but it's not the only one we have seen happen. Company compensation issues can easily destroy trust and motivation.

What to do about it: Easy. Stop it! Whatever justification you have to change a quota like this isn’t worth the impact to your sales culture.

I sometimes have a hard time believing that this used car sales tactic is alive and well in this technological age. But it is. Some might think that starting at a higher price and then stepping down will make it more attractive to buyers to take action now- but what it is really saying is that you are a liar. It also is a way for salespeople to avoid selling on value.

What to do about it: Train and coach your team to ask layered questions to uncover a buyer’s reason to change the status quo and quantify the value. It’s not about price.

I get that you need the CRM data updated so that you can run your reports. But when you tell your sales teams to get this done or else, you are giving them a test. So for those who haven’t been updating their pipeline as it happens, it’s time to cram for the exam. And what happens? Most of what they put in the CRM are false hopes, dreams, wishes and fairy tales. Why? According to Linda Henkel, Professor of Psychology at Fairfield University;

“Repeated attempts to remember as much information as possible involve many different cognitive processes, such as retrieving information that comes to mind readily, searching for additional information, and evaluating that information, any of which may involve imagination, embellishment, and reconstructive processes. The repetition that occurs across multiple retrieval efforts may serve to strengthen the confidence and vividness with which one both veridically and falsely recollects information.”

What to do about it: Henkel found that:” repeatedly recalling items while considering their source was associated with benefits in terms of increased recall and fewer costs in terms of source errors.” To see how we set up coaching and training programs to hold sales people accountable to recalling information accurately, check out this eGuide.

4) One size fits everything

“Let’s do a 1-3 day sales treat and train them up on value selling!” or “Let’s create an LMS system that covers every aspect of our sales process, product and they’ll have access to everything and anything at any time!”

Here’s what your sales people are saying about that: “Waste of time. I got one or two nuggets that I might use a few times to see if it works,” or “I’m overwhelmed- I don’t know what to do when the buyer doesn’t do what the training said they would,” and “It’s too much information, what do I need to do right now to close a deal this week?”

Second, if you expect self-service training and coaching to work for reps, their cognitive bias make it nearly impossible to accurately self assess where their shortcomings are.

What to do about it: Get an objective and scientific assessment of your sales teams and use that to identify the gaps in skills and behaviors that your buyers want from your sales people. Use that insight to create a customized training and coaching program for the team that addresses those gaps and measure it against sales results. Have the individual sales people develop their own personalized individual action plans and train managers on how to use those to continuously train and coach their team.

For more on what a customized training and coaching program looks like, check out this eGuide.

This is the short list, for more sales practices that do more harm than good, check out this recorded session I hosted on The Sales Experts Channel.