A few months ago, I had beers and wings with Mark Roberge after he spoke at the Boston Enterprise Sales meetup. When I shared what I was doing with clients and the results we were getting he said, “You’re like a sales therapist!” 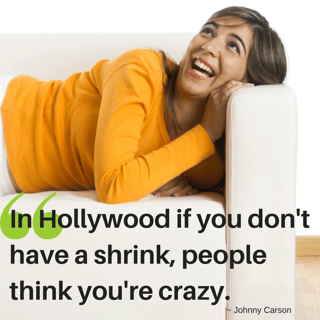 I cringed a little because I am not a psychologist and from the conversations I was having with VP of Sales and growing start-up founders, that was too fluffy and intrinsic for them. When I shared that with Mark he said something like, “If I were a VP of Sales and could make that kind of investment to get that kind of return, it would be a no-brainer.”

Then we started talking about the science of sales development- because my favorite question to solve is why something works the way it does. If it can be understood then it can be taught to others.

I was reminded of this when Trish Bertuzzi recommended me to someone posting a question about sales coaching on Quora.

Long story short, it didn’t end well for them. Multiple red flags were flying big and bright with no indication that there was a desire to change. Which of course made me say with confidence; “I’ll pass.”

That exchange was a drastic contrast to the email I got at the same time from a client who is part of an entire team I'm coaching.

“I decided to work with you for a ton of reasons. But the absolute biggest reason for me was, "I want to be better" plain and simple. And price only meant to me: "the cost of admission to get there"...

My sales evaluation tells me that I have a long sales cycle because I accept prospects put-offs--I accept their lies! As a result I end up doing a lot of follow-up calls. I end up chasing after my 'deals' that were dead for days. This stems from a need to be liked: I won't challenge my prospects when I should be pushing back on them, because I want them to like me.

That's not the lesson I learned today, though. I learned that weeks ago after the third reading of my sales evaluation you sent me. For the past few weeks, I've been sharing my sales "life" with you, the conversations I have, the Opps I'm trying to close, the deals that I'm working. And you give me advice on every one of those deals that I take back into my sales "life" and I pretty much say and do what you tell me, and things pretty much end up just as you predict they would.

As a result, I have a bigger pipeline this month than I have had in the past 3 months, and I can feel myself getting better as the days go by. But today was the first time I was challenged to the point where I debated on whether or not to follow through with the coaching advice that I received, because I was afraid of hearing bad news from prospect. and right then and there I uncovered a self-limiting belief that I didn't "screen" for during my sales evaluation: "controlling my emotions".

I realized today that I have a few deals that I "want" to come in, and I'm emotionally vested in them closing to the point where I didn't want to push back against my prospects, because I was afraid of hearing bad news (and therefore was accepting their put-offs). So instead of pushing back against my prospects and challenging them, I was coming up with ways of "fixing them." I had prepared 2 ridiculous emails for 2 of my opps with "suggestions" and "offers to work together and find solutions" (and now I realize how pathetic they look!)

The most humbling thing of this whole experience wasn't when Carole questioned whether I had "the guts" to follow her advice. And it wasn't when my prospects responded to me just as Carole had predicted. It was the seconds before I started dialing the phone and writing the emails to my prospects (scared of their response!), essentially repeating Carole's words in my head, as if they were lines in a play, and that I was about to utter to my prospects--word for word--when I stopped and thought to myself, "boy, I have a lot to learn, and I want to be better."

You two really are life-changers. I'm nowhere near where I want to be yet--that became very clear to me today--and that's part of the reason why this whole journey has been so much fun so far, and I'm always looking forward to our next conversation.”

Okay Mark, maybe it is therapy.

It’s certainly not a game, fluffy, or intrinsic. Helping sales people change how they think has an immediate bottom line impact and a long lasting impact on their lives. No wonder those that are coached stay with the company longer.

But like any therapy, it works best under certain conditions.

Which would you rather have as a sales person? Which of these stories is like you?

Get your own dose of sales therapy by watching recaps from the #livesaleslab.