What can you do now to impact Q4 revenue?

A little background: This question has come up several times over the past few weeks, but with different variables because everyone’s business and situation is different. When I start noticing patterns in conversations, it sparks my curiosity and I start to create my own hypothesis of those patterns based on 1-1 conversations and research.

For example, when this question first started coming up I read Mike Weinberg's “Sales Management Simplified” (highly recommended!). As the question continued to surface, I started (and am halfway through- so don’t give me any spoilers!) Keith Rosen “Coaching Salespeople into Champions.” After more than 3 of these requests came to us, I started to notice a pattern through all the differences. (You can read about two of them here, but for this post, the most recent happened again last week at the #bossales Enterprise Meetup.)

Jason was introduced to me as the recruiter for a tech company and was looking to replace the sales trainer that had left earlier in the year. They had all their product and sales related materials loaded into a learning management system, and when their internal corporate trainer left, they thought that the system and materials would be enough to help their experienced, industry veteran sales people.

However, Natalie, the SVP of Sales, is focused on Q4 revenue and concerned about some underperformers. Q4 is nearly half of their business after all- if they don’t make their numbers that will impact the growth of the company in the short and long term. Natalie is wondering- do I fire them and replace them? Keep them and train them more? Or is coaching the underperformers a better option? Which do they really need? Is there a difference between the two? Faced with all these unknowns, Natalie puts it off. There is Q4 revenue to worry about first. If it doesn’t help her with Q4 revenue now, then it’s not even worth talking about until January 2017.

Despite the differences in all three of these companies and situations, one thing remains common. All three were unsure of: 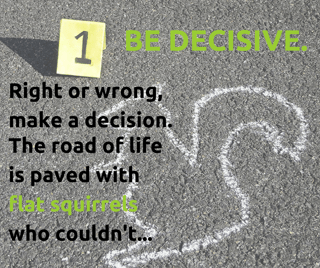 Because sales leaders are unsure, they are indecisive. So I’m going to answer this question from two perspectives. First what does 3rd party research say about the impact of training on revenue, and coaching on revenue? Second, what do our real life experiences with clients show how coaching has impacted revenue? Ready?

According to research by the Sales Executive Council, teams not receiving coaching underperform by as much as 10% whereas teams who are coached report exceeding their goals by 7%.

Compare that to the research by ATD (formerly ASTD) that revealed 16% of sales leaders think that training had no value at all, or the “less than half of respondents indicated that sales training helps their organization meet sales goals to a high or very high extent.”

Considering the amount of investment in training annually, that is alarming. (The ATD Research found that organizations spend an average of $954,070 on sales training every year- yikes!) Never mind which works faster, how about at all?

When I compare that data to our own data, it becomes even more of a drastic comparison. For example, one client increased sales 73.03% within the first 90 days. In 6 months, that same client increased revenue 98.42%. Another increased his deal size 34.8% within 90 days. One closed their largest deal in history within 6 weeks. An even more recent client wanted to double his number of deals in a year. He did it within 5 months. In each of these cases it all depended on how much each was willing to change. The more willing they were, the more results they saw.

Bonus info: A few clients started working with us when they started with new companies. They went to work for large companies with extensive training programs on things like value selling, social selling, their product and how to aligns to the buyer, etc. When they told us that they felt they were getting more out of training than they had in the past because of coaching, we realized it wasn’t an either/or question. Even HubSpot admits that their hope their free training shifts “... the industry away from “training” and more towards “coaching” -- the only activity really proven to improve performance of salespeople.”

So what should the SVP in our story do with this information? Maybe they should be asking themselves if they really know what needs to be done? Or wonder who is ready to be coached today that will be able to bring in the majority of the revenue needed for Q4?

Could I have been describing you or you team? Are you more than concerned about potentially missing Q4 revenue goals? Is coaching right for you? Your team?