What comes next after reaching a goal? 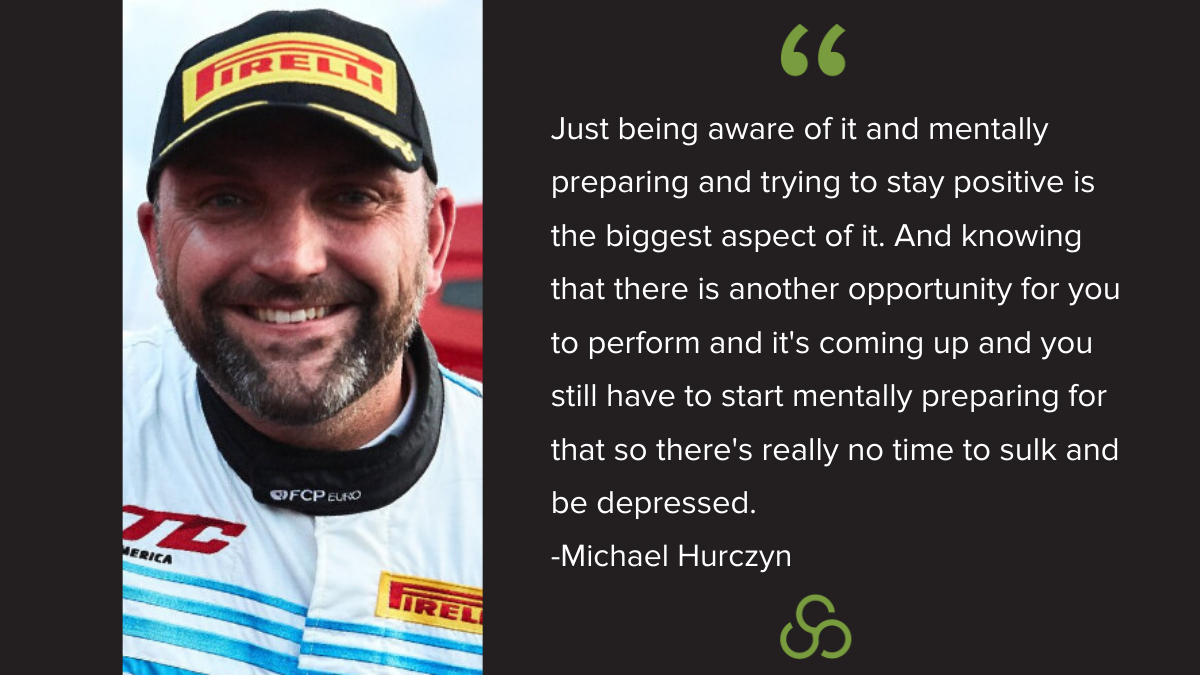 Congratulations! You have reached your goal! You've hit quota or locked in that big sale you were working on. But now what?

In this clip from the What Sales Can Learn From A Race Car Driver session, Michael Hurczyn explains what he does after reaching a goal to prevent himself from falling into a funk.

What happens after you reach your goal?

So, depending on how the race went... Ya know, there can be one winner. And so I race with a friend and a colleague at work and there's times where it gets tough because we're teammates, we're racing the identical car. I kind of mentored him and brought him through the ranks and equally or as fast but going back to that scenario I just have more experience, I have 12 more years of experience than he does. So there's times where I'll be excited because I've done well and then he's not as excited because he didn't, and vice versa. And so, besides the personal feelings I have there's also the team dynamic to it. And then there's the people that, the crew that you're with and making sure that they feel appreciated for the work that they put in because without them a win or a podium wouldn't be possible either.

So it's like going through this weird stage of emotions to make sure that all the people that have helped you get there are feeling appreciated.

Because I'm traveling all over the country and Heather and the kids don't always go, trying to share that moment with them is really important as well. And then after a few hours when you realize okay it's all over, it's going to be time to go to work, the adrenaline fades away and now you fall into maybe a little bit of a state of depression where you're, "Okay, now what?" I did all this work, it happened, and now life goes on and everyone wants you to get back to work and what's the next thing that's coming up?

Yeah. It reminds me of what happens with salespeople after they've closed a major deal or they had a really great month or quarter and they go into this little bit of a lull, almost like complacency where, "Okay, I've done the thing that I didn't think I could do before or I reached the great milestone." And it's kind of like after you reach any kind of a goal that you start to ask yourself, "Okay so now what?"

Yeah, it's maybe looking forward to the next race. I mean once getting back in the office we're flat out all the time, there's never, ya know nobody's ever bored so that starts to occupy your mind. But you're always looking at, they call it runner's high, marathoners have it or runners have it and it's like you're looking for that high again. And so, there definitely is a lull and it's something that me personally I have to be conscious of so I don't turn into a grump or affect other people that are around me.

But it's, again thinking back at it it's like I'm pretty fortunate to be doing what I'm doing so I don't really have much to complain about and just trying to find. And we also, in August we have five events so there's really not that much downtime for us to think about what the future holds.

So I would just say, yeah just being aware of it and mentally preparing and trying to stay positive is the biggest aspect of it. And knowing that there is another opportunity for you to perform and it's coming up and you still have to start mentally preparing for that so there's really no time to sulk and be depressed.

Could you use more tips from Michael?